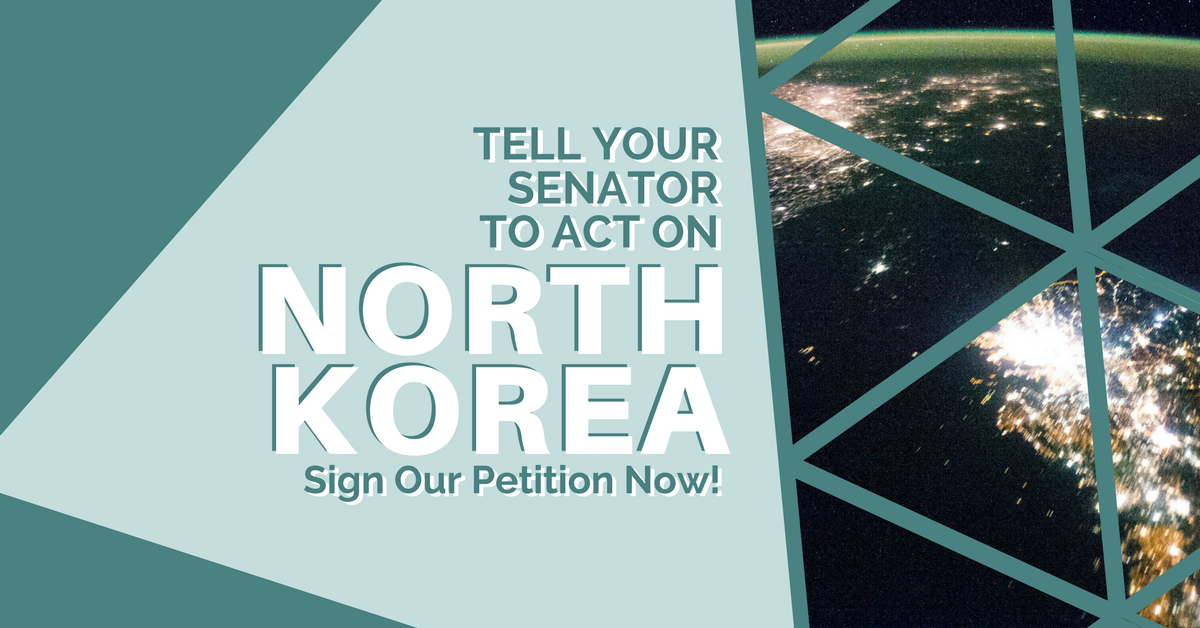 Recent provocations by the North Korean regime demand a response. There are several bills that have overwhelmingly passed the U.S. House of Representatives this year with strong bipartisan support, yet no corresponding action has been taken in the the U.S. Senate. Your Senator needs to hear from YOU. Please join the North Korea Freedom Coalition’s petition to the Senate by adding your name in support of the bipartisan legislation listed below. Your name, city, and zip code will be included with the letter that the North Korea Freedom Coalition will hand deliver to your Senator’s office on Capitol Hill.
By joining this petition your Senator will know you want action to promote freedom and human rights for the suffering people of North Korea.